Please use the form below to help us get the best price for you! We have a wide selection of quality used engines and transmissions 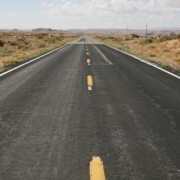 The rising costs of living in some parts of the United States are often attributed to the reduction of using motor vehicles. Recent reports have brought to light new concerns that are causing Americans to use vehicles less each year. The economic downturn in some parts of the country is now only one of the factors affecting vehicle usage. The sharp decline in use of motor vehicles is an ongoing issue concerning many U.S. auto industry experts.

Based on industry averages, Europeans continue to pay more for fuel compared to oil costs in the U.S. The rising gasoline prices in some parts of the country have seriously affected usage of automobiles although new factors are now in place. Longer commutes are one reason that some drivers use vehicles less annually. The financial industry has been affected by mergers and consolidations and this has affected loan operations. Consumers who now have lower credit scores or credit reports with negative indicators can have issues obtaining financing for vehicle purchases.

The average American used to drive a motor vehicle 960 miles monthly for commutes to a public or private sector job. This ratio has been part of fuel averages and indicators of economic strength since the early 1990s. New numbers have suggested nearly a 20 percent drop in recent years of miles driven per month. Analysts have predicted the cause to be more families carpooling, workers who telecommute and underemployment in all 50 states.

The following is a percentage of Americans using variations of carpooling this year:

The following provides a percentage of telecommuting workers and online workers:

Additional changes in the annual number of teens who receive a license to drive are also affecting vehicle usage. The downturn in teen employment opportunities has reduced the need for some teens to seek a license to drive. More teenagers are relying on parents for transportation or commuting through public transportation in urban areas. The reduced use of vehicles has directly affected sales of new automobiles in dealerships across the nation.

Regardless of the automaker bailouts in 2009, wages are higher than ever at most auto manufacturing plans. While some employees have taken early retirement packages, average salaries for auto assembly workers have increased. These increases have affected the retail prices that consumers pay at auto dealerships. The salary increases, costs of replacement parts and importing fees directly contribute to rising MSRP prices for new motor vehicles.

Recent studies have reported that the base model vehicle cost for a mid-level automobile is currently $29,997. This price is nearly 20 percent higher than prices that were promoted in the early 2000s. With wages decreasing in most U.S. jobs, the ability to afford a vehicle is diminishing in many parts of the country. Consumers are now using vehicles less and no longer investing in brand new cars every few years. These changes are expected to continue to affect sales of used parts, distribution of components and length of warranty coverage through insurance agencies.