Please use the form below to help us get the best price for you! We have a wide selection of quality used engines and transmissions

You are here: Home / Blog / News / Why Are Car Sales Decreasing Nationwide? 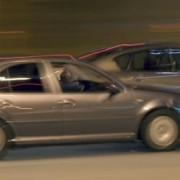 Despite lower than normal interest rates for loans, many dealerships have reported lower numbers of car sales over a two-year period. The strong sales from 2010 to 2012 are now over in the U.S. market. The holdback in sales by consumers could be attributed to the price increases for base models of new automobiles. With car sales decreasing nationwide, the future is uncertain for many companies depending on an uptick in sales.

Ford recently reported a seven percent drop in its quarterly sales for this year. Chrysler, Fiat and other subsidiaries have also experienced slower than average sales growth. The sale of brand new automobiles has a direct impact on the economic climate of the automotive industry. From suppliers to retailers, disappointing annual sales figures have disrupted the entire industry.

The concept of buying a new car and trading one in within a five-year period has faded in recent years. The auto parts market has remained consistent with new inventory although some brands of parts have been phased out in favor of new components. Consumers with older vehicles who make regular repairs often report cost savings compared with a new automobile purchase. As technology changes in the automobile industry, parts are becoming cheaper to use as replacements.

The MSRP prices for new cars continue to rise for domestic and more so for imports. With Toyota and other foreign automakers now producing vehicles in the U.S., the prices have increased as more American labor has been added to the total cost of automobile production. With consumers now preferring more cheaper automobiles, this has improved the second hand industry for auto parts in most areas of the country.

There are now thousands of secondary parts sellers within the American auto market. Many of these companies are direct distributors and some are importers of parts. This is a sign of relief to many retailers that depend on parts sales and service. Because car sales are decreasing each year, money is now made by selling parts in used condition to purchasers. From car owners to mechanics at body shops, growth in the number of suppliers is helping more small companies compete on a national level.

The labor force in the USA is expected to grow in the next decade for automakers. As labor costs increase, the need to find low cost parts for sale will continue for used car owners. With General Motors being the number one automaker in the world, demand for GM car, truck or SUV parts is expected to increase to new levels. Automobile parts suppliers that are taking advantage of demand for preowned parts continue to reap rewards of higher sales of automotive components.